Posted at 08:59h in Uncategorized by Claerwen Shop Manager 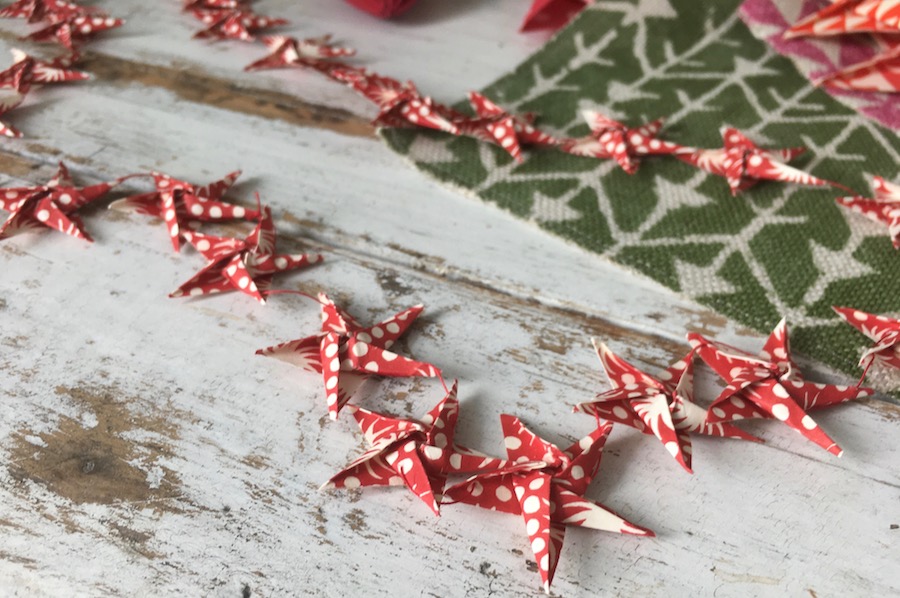 Comparing notes with friends about lockdown activities has revealed some common themes. It seems we’re not alone in failing to use the lockdown to tackle a huge project that we’ve never had time for: there’s no desire to embark on Proust at last. (Ulysses, War and Peace, and Moby-Dick seem to be other books that a lot of people have on their conscience and are doing nothing about.) Instead reading has been of the bread-and-butter kind. For one of us Dick Francis hits the spot, for example. He wrote lots of books of a similar reliable quality, quite a bit of action, not much introspection, no nasty surprises. And by nasty surprises I don’t mean intimidation or murder, but rather, say, an unexpected passage of experimental stream-of-consciousness or existential despair. Georgette Heyer has a similar dependable quality and prodigious output, likewise Nevil Shute and Ngaio Marsh. We’re also weighing up John Le Carré and Dorothy L. Sayers as candidates for a re-read when the Dick Francis runs out.

Similarly we can’t seem to settle to a big creative project but are finding enormous satisfaction in domestic tasks that ordinarily never rise to the top of the to-do-list. Mending. Darning. Cleaning windows. In fact this is all so satisfying that I personally have to make bargains with myself along the lines of “If I work really hard all morning then after lunch I’ll let myself reorganise the understairs cupboard.” 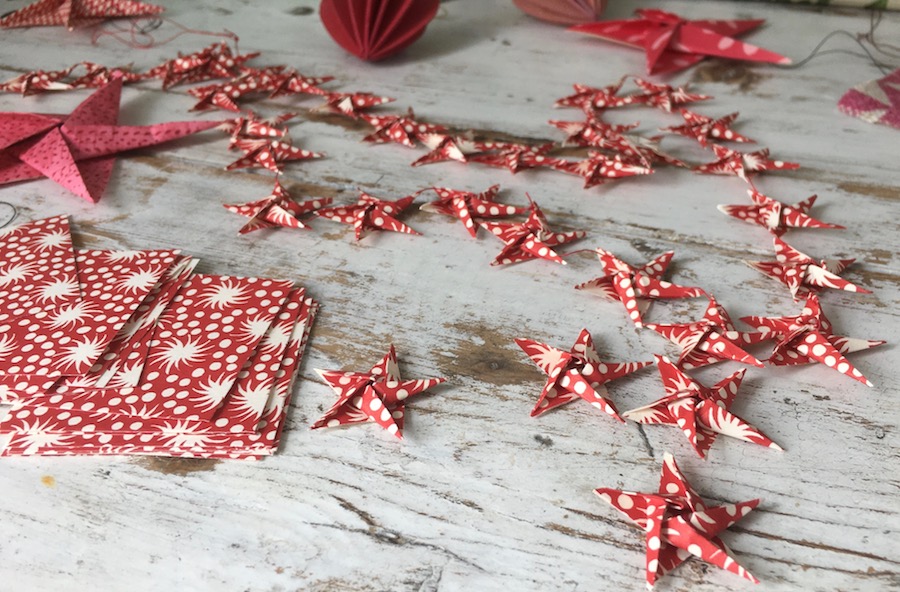 All this nesting and comfort-reading suggests a certain amount of subterranean anxiety. And yet at the same time the lockdown is strangely soothing. Why is this? We have come to the conclusion that this much slower pace of life feels right to us. There’s about the same amount to do as there was when we were children, in the Sixties and Seventies. Which is to say: not that much. Almost any activity can be enjoyed as a treat when it’s an interesting change to routine instead of a job that must be accomplished as efficiently as possible before moving on to the next. And in a less cluttered landscape, small triumphs loom large. (I was very excited when I found maple syrup in the supermarket this afternoon, on the same day that eggs reappeared. Verily, the stars were aligned in my favour.) We wonder: have we been chronically over-stimulated all these years? Over-scheduled, over-tasked and over-productive? Perhaps in this, as in so much else, less is more. Armed with this new insight about not over-doing things, we’ve been looking for creative tasks of a similar low-intensity, slightly repetitive, nature: things well within our comfort zone, not too ambitious. Bizarre as it may seem, this is the time of year when Cambridge Imprint is usually getting Christmas schemes rolling. Although that’s all on pause right now, it’s nevertheless in the air. We really love Christmas, at least in theory. But personally, and in practice, it is in many ways the most exhausting time of the year, a time when lovely creative projects that we thought would be such fun become a hideous burden that have to be completed in the middle of the night. So often the events and traditions we look forward to have a tendency to assume the form of burdensome obligations. In fact, a classic case of over-scheduling. 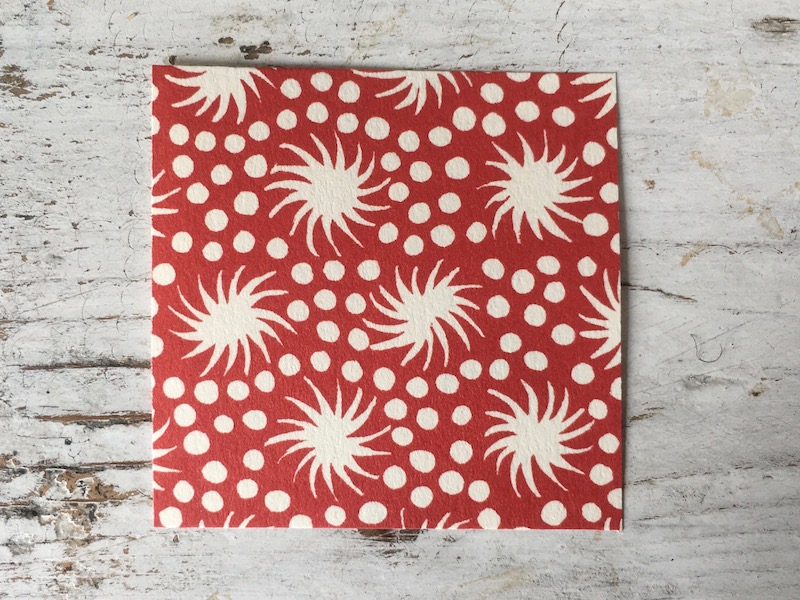 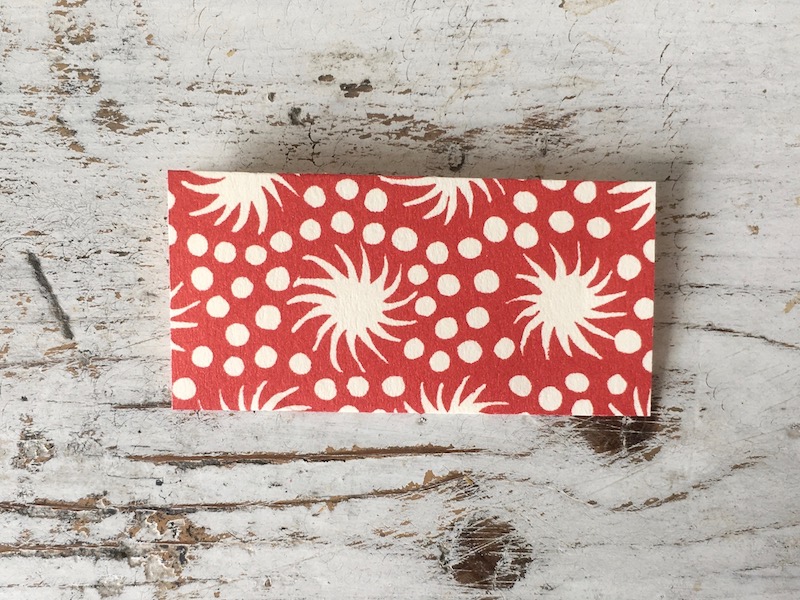 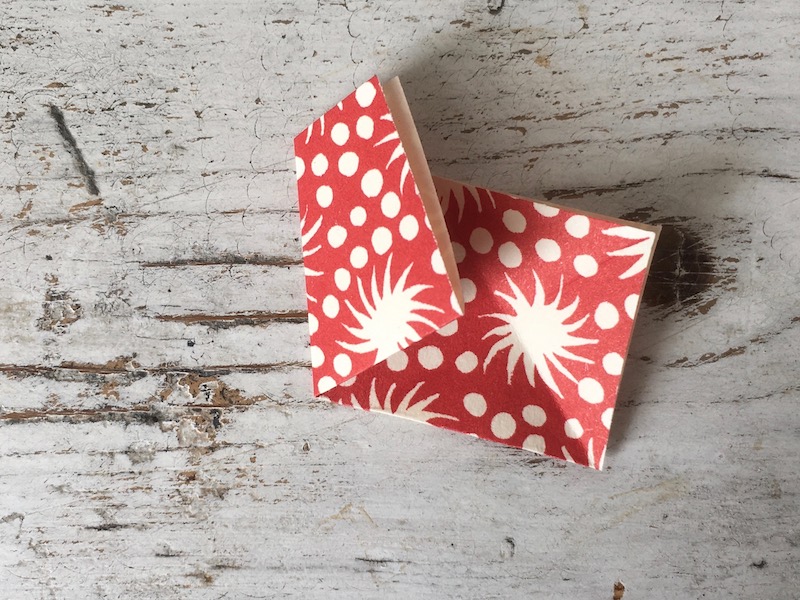 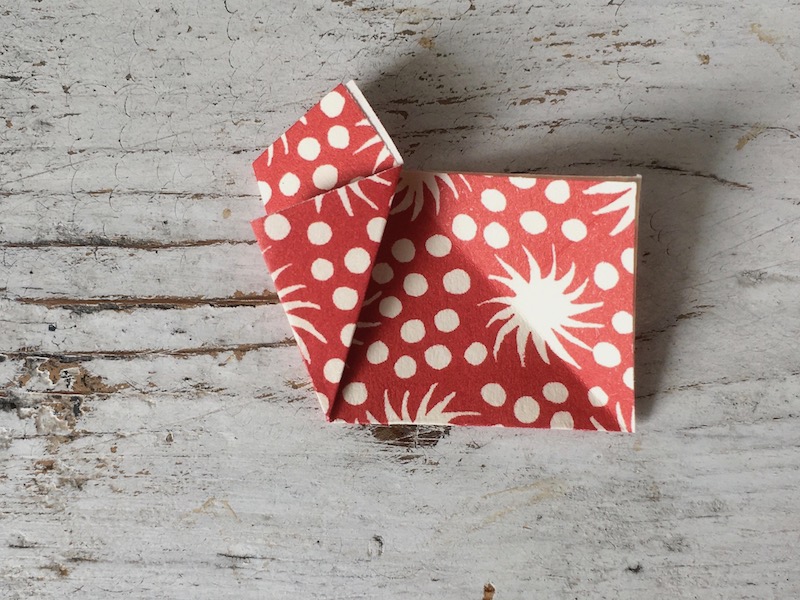 So this year, we’re starting on our personal Christmas preparations early. Really, really early. The best thing we made last Christmas were garlands of tiny paper origami stars to string on the Christmas tree. They were far more delicate and perfect than anything you can buy in a shop. But the tiny five-pointed paper stars are actually surprisingly robust and last for ever if properly looked after. We’ve decided to make a garland for each of our friends and relations. This is the kind of crazy plan usually embarked upon for a few evenings at the beginning of November, resulting in illusory feelings of organisation and achievement. Then we rest on our laurels until time catches up with us horribly on Christmas Eve, prompting the traditional Christmas Eve tears. Not this year. The plan is to make three stars a night for the rest of the year, which will come to 720 stars by the end of November. 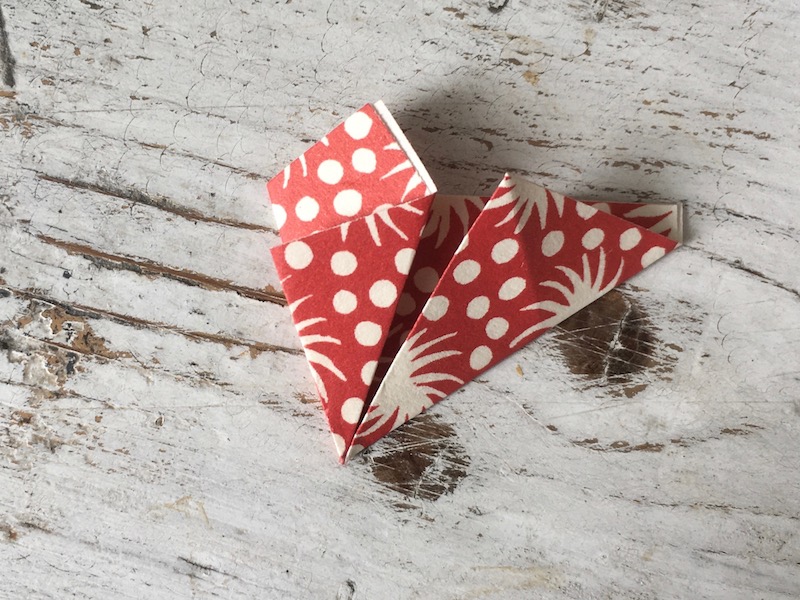 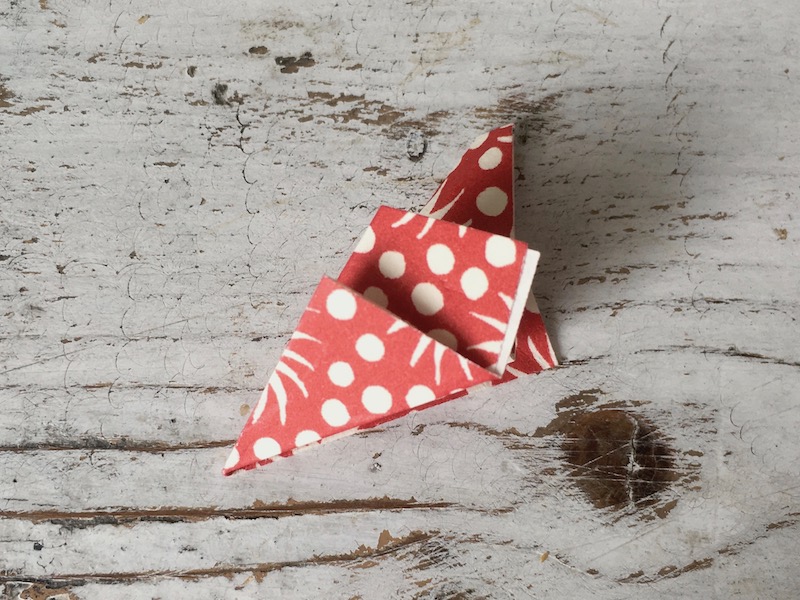 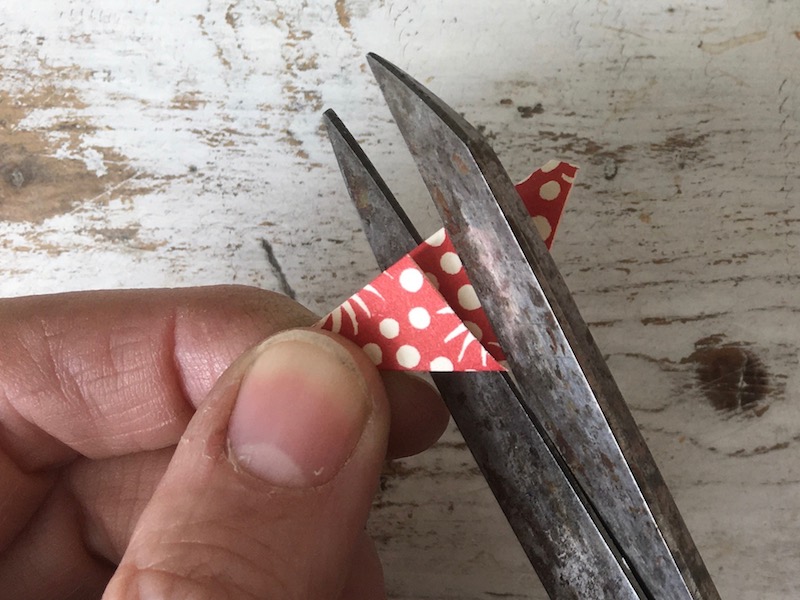 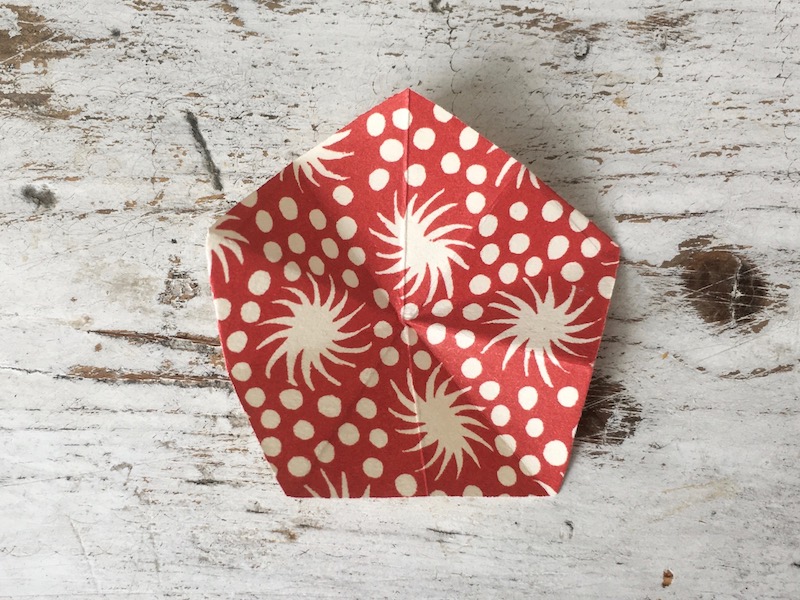 We invite you to join us. Tools and materials required: scissors, ruler, paper. (The paper doesn’t have to be patterned — plain coloured paper would work just as well — but we’ve chosen to use our Animalcules paper in Crimson as we happened to have lots of offcuts lying about.) You need to make squares of paper 5cm on each side, which is easier if you happen to have a guillotine but you can rule squares and cut them out with scissors with only a little more effort. 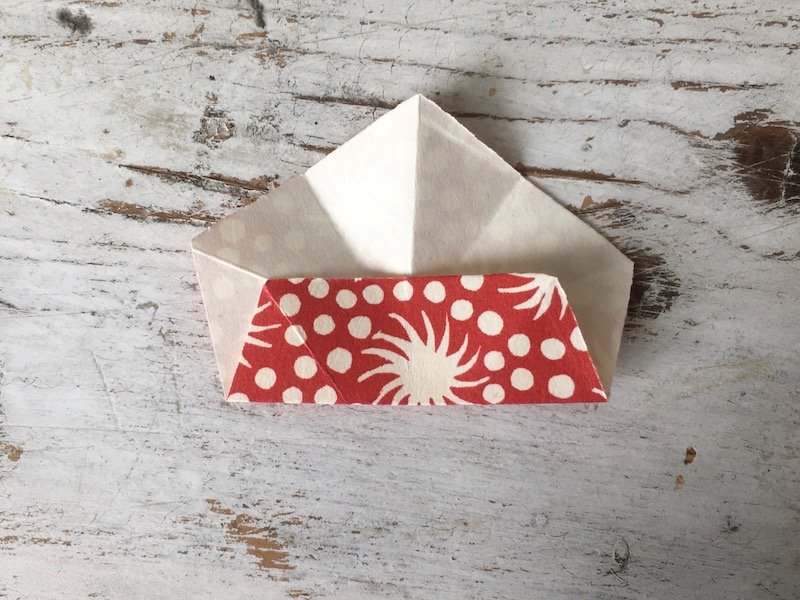 If you haven’t already mastered the art of making these origami stars then we recommend doing about five trial ones at a larger size (say 15 cm) so that you get the hang of it, before embarking on the smaller ones.  They are initially a little fiddly. It’s much easier to show how to do this rather than to describe it in words, but luckily we made a demonstration video a while ago and the link to it is below. You’ll find the first star you make will be a sad damp little crumpled rag, but the second will be better and by the fifth you won’t need to look at the instructions anymore. Once you’ve mastered it you can embark on the smaller ones. And when you’re really in the swing of it you’ll find that each one takes a little less than two minutes to make. So that’s a total commitment of about five minutes a day to this project. 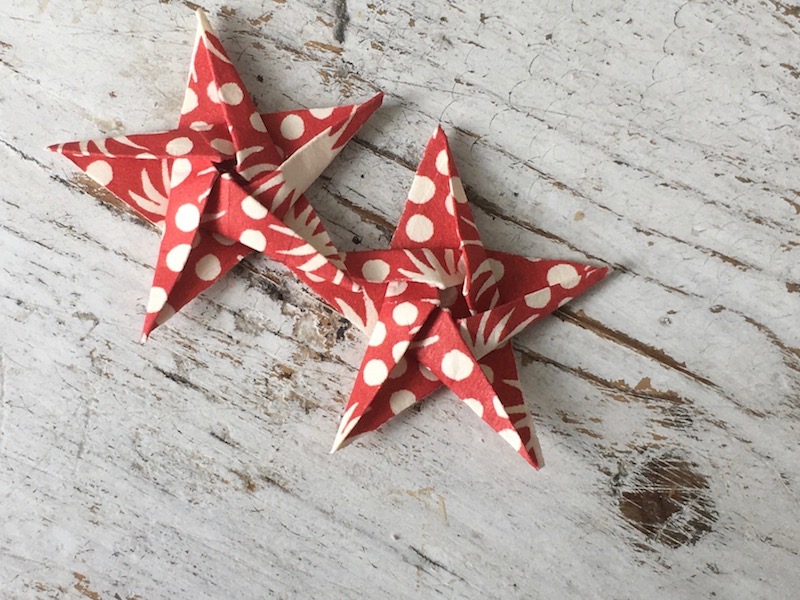 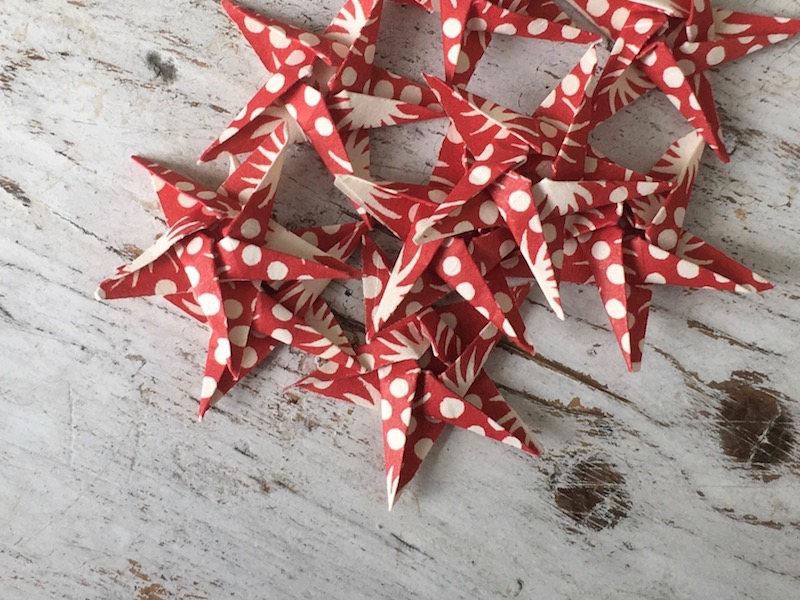 They accumulate pretty quickly and we’ve got a big glass jar now that’s prickly with them. Each day adds a mite. It’s extremely satisfying: mindless yet purposeful in equal measure. In December we’ll start stringing them together into garlands, feeling that an entire year of life is embodied in them. (And what a year!) 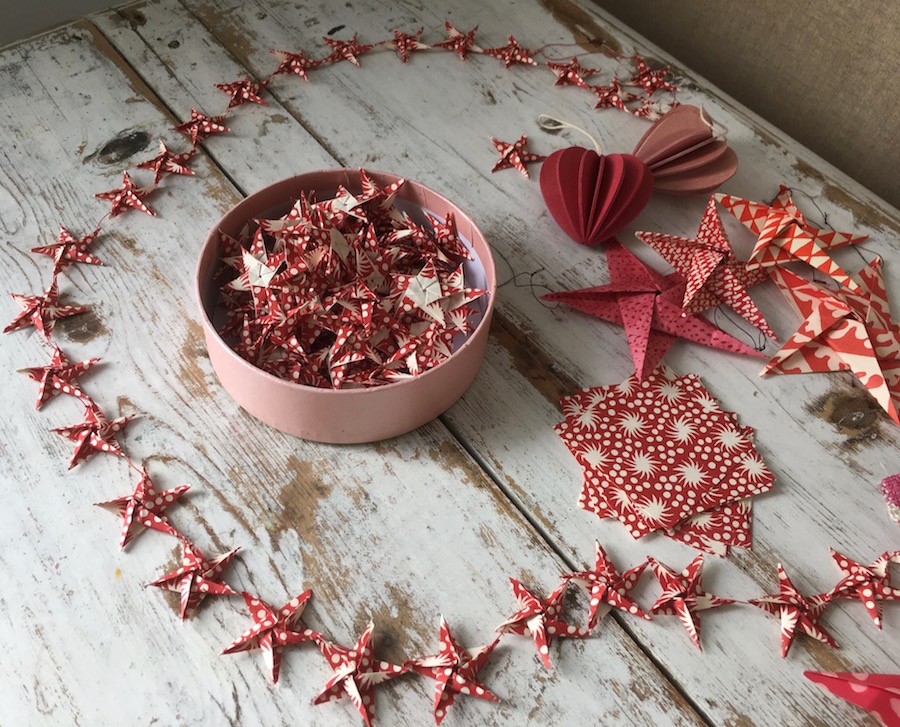 The spirit of care and thrift reminds us of the Christmases in another ideal lockdown comfort read, the Little House books by Laura Ingalls Wilder. Do you remember the Christmas when Mr Edwards walks forty miles across the prairie from Independence and swims the river to bring Laura and Mary each a tin cup, a piece of red and white striped candy and a whole penny? The real magic of the books lies in the so-vividly-remembered texture of the ordinary and everyday: the paying of due attention to the details of life. Lessons to be learnt there.