Posted at 08:18h in Uncategorized by Claerwen Shop Manager

This year we have been collaborating with the small but perfectly formed Ditchling Museum of Art+Craft to create, or recreate, patterns based on motifs in their archive of St Dominic’s Press material. St Dominic’s Press was part of the Guild of St Joseph and St Dominic, an artist’s colony espousing principles of communal life and self-sufficiency which was established in the Sussex village of Ditchling in 1921 by Eric Gill, Hilary Pepler and Desmond Chute. Over the course of over 60 years, the Guild drew many other artists and craftsmen to the village, including David Jones, Philip Hagreen, George Maxwell, Dunstan Pruden, Edgar Holloway and Valentine KilBride. The museum, housed in the old Ditchling village schoolhouse, holds a permanent collection of the outpourings of this very active community, which was only finally disbanded in 1989.

The core principles of the Guild were devout Catholicism, a resistance to industrialisation and urbanisation, and a commitment to Distributism, a political movement that championed individual land ownership in rural communities. St Dominic’s Press, set up by Hilary Pepler, printed a variety of pamphlets and books for the Guild, many of them religious, or touching upon the philosophy of the artists and their theories about craftsmanship and about life, as well as more ephemeral things like Christmas cards and posters advertising local dramatics. Much of the output was illustrated with original woodcuts. The palette was extremely limited, largely restricted to black with occasional accents of bright red. The museum houses the original iron hand-operated Stanhope Press, which was already 100 years old when Pepler acquired it, as well as the type and other tools. 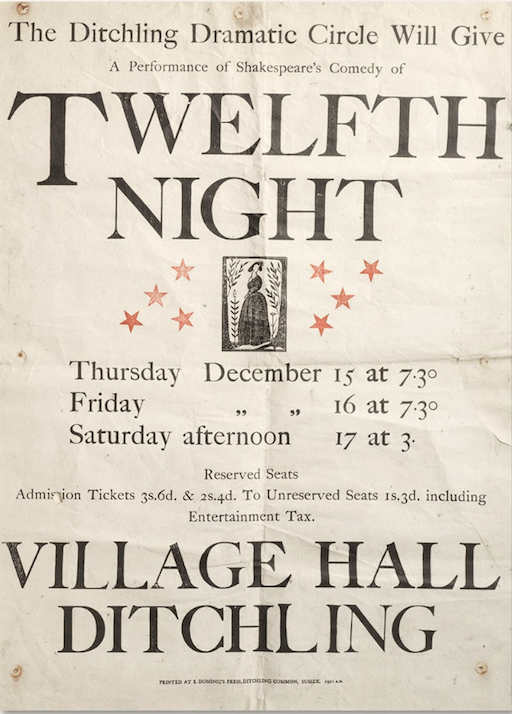 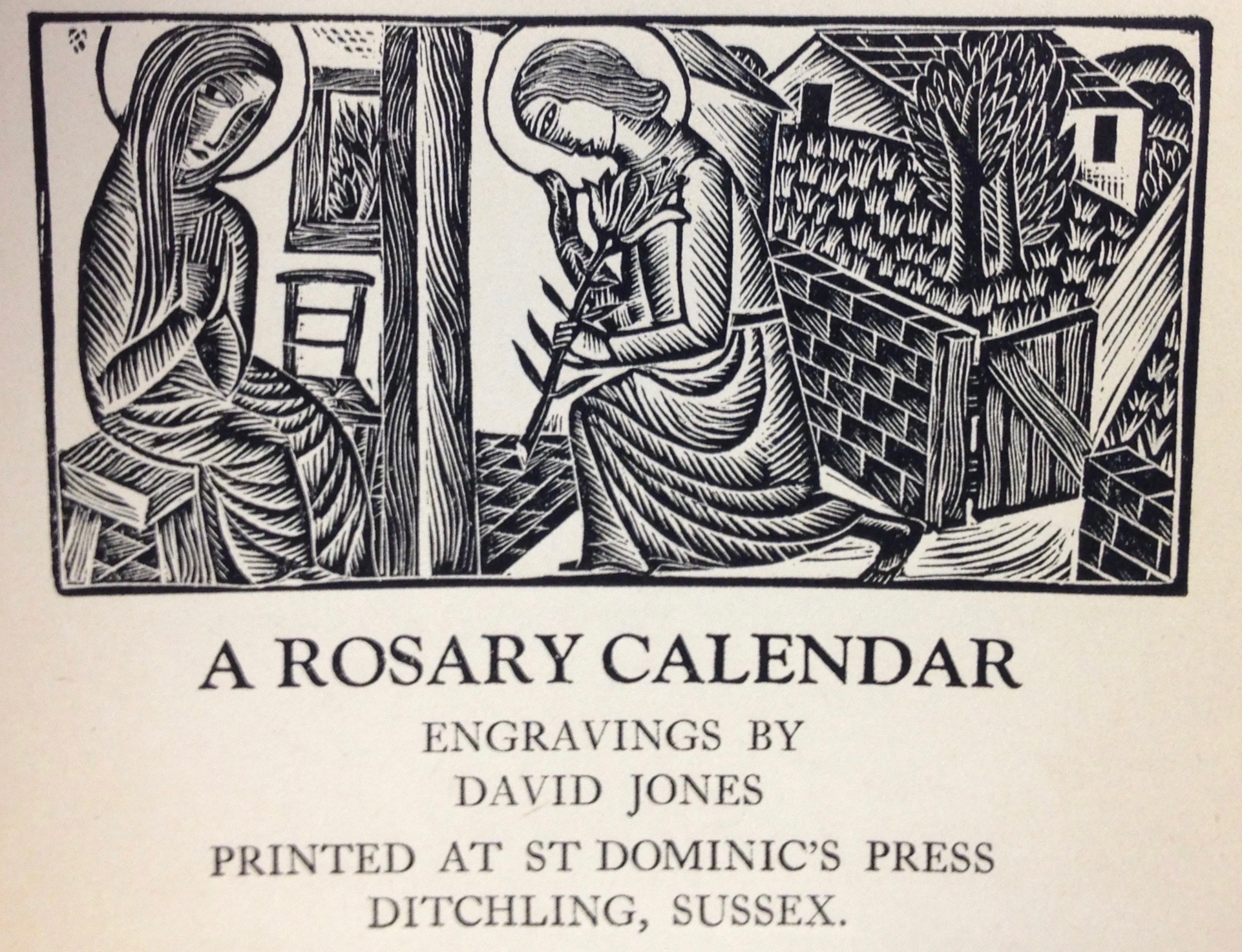 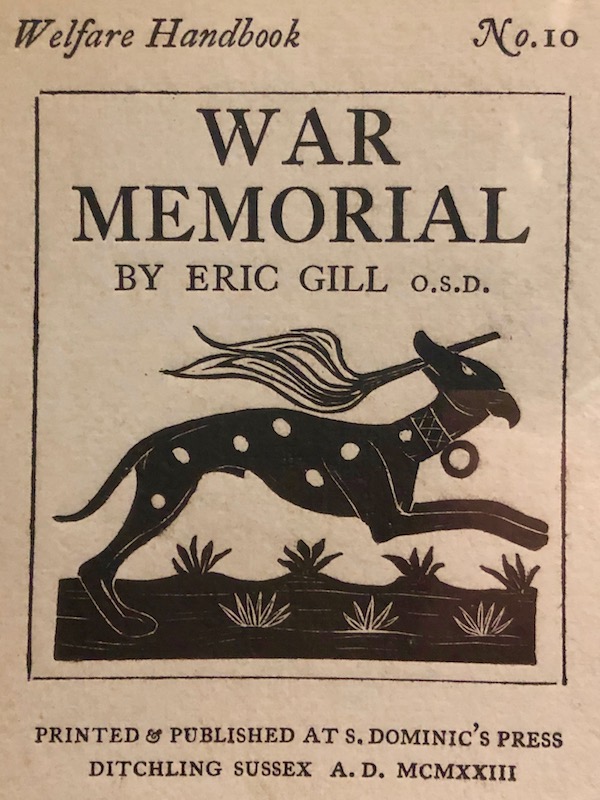 Earlier this year we spent some fascinating visits looking through the museum archive. Today we’re publishing the first results of what we hope will be an ongoing collaboration to revive or put to new use some of the St Dominic’s Press material. The launch coincides with the opening of the museum’s new St Dominic’s Press show, called Disruption, Devotion and Distributism, on October 19th. 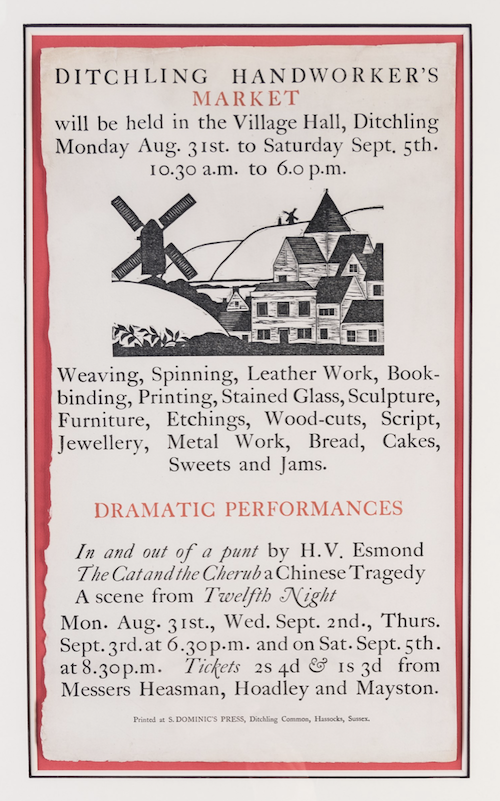 There are a few examples of pattern papers used by the press to bind their books, and probably hand-printed by them for that purpose. Most are fairly simple. 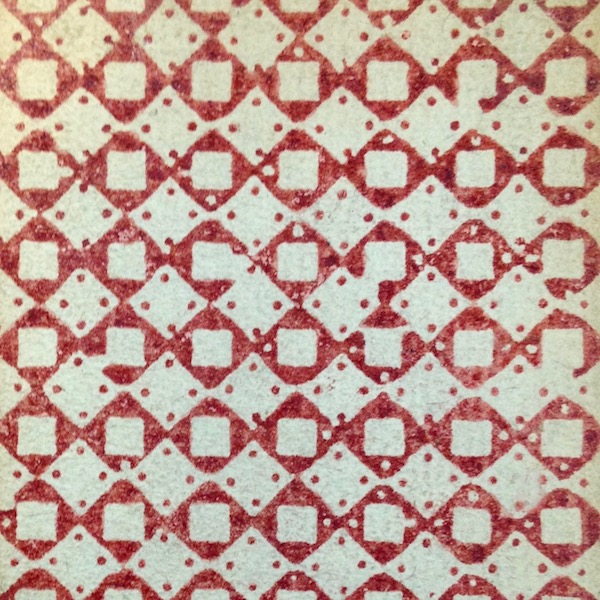 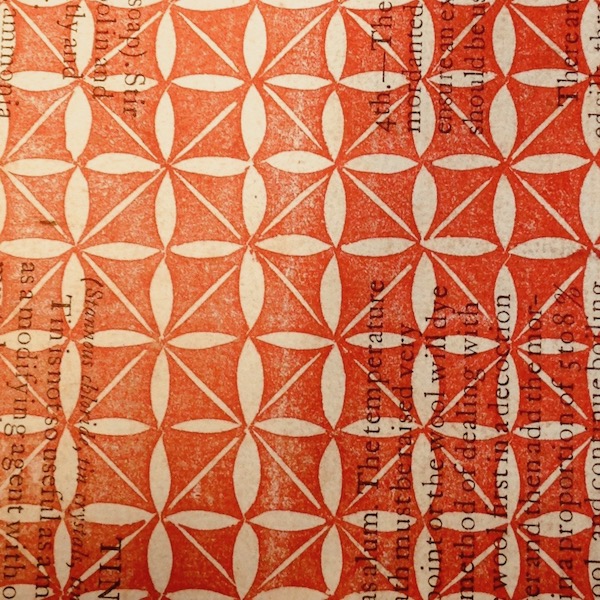 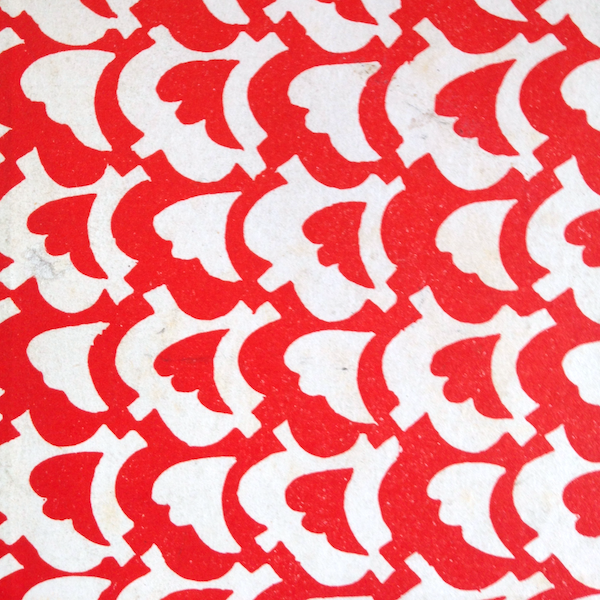 Hound is our recreation of a rare example of a complex repeat pattern emanating from the press. Hand-printed paper in this pattern was used to cover the boards of several St. Dominic’s Press books that can be found in the Ditchling archive, but is otherwise unknown. The pattern incorporates a version of Eric Gill’s famous hound image, but knowledge of the identity of the artist responsible for creating this beautiful repeat pattern, with its setting of hills and trees, has been lost.

(The hound motif is a reference to the name of the Press and the Guild. The iconography of St Dominic always includes a dog, and Dominican friars are known as the dogs of the Lord. St Dominic’s biographer wrote: “Before his mother conceived him, she saw in a vision that she would bear in her womb a dog who, with a burning torch in his mouth and leaping from her womb, seemed to set the whole earth on fire.” The Dominicans are the Order of Preachers and the dog with the torch in its mouth is a metaphor for preaching.)

The second Ditchling paper we are publishing this autumn, Leaf, is a pattern that we created through a simple repeat of a small Eric Gill woodcut which was used frequently in St Dominic’s Press publications as a decorative vignette at the end of a chapter. We chose to print it in a rich bright crimson which was the usual accent colour in their output. 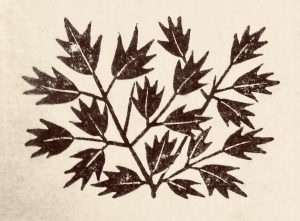 You can find our St Dominic’s Press papers in the excellent Ditchling Museum of Art+Craft shop, along with envelopes and notebooks made from the papers. We have also created a Special Edition St Dominic’s Hound Portfolio, covered and lined with the Hound paper, with a black bookcloth spine and bright crimson grosgrain ribbon ties. All are to be found in the new St Dominic’s Press Archive section in our online shop. 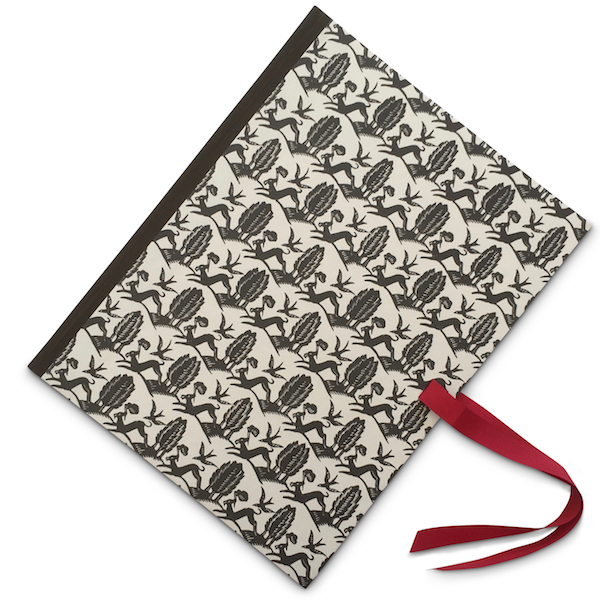 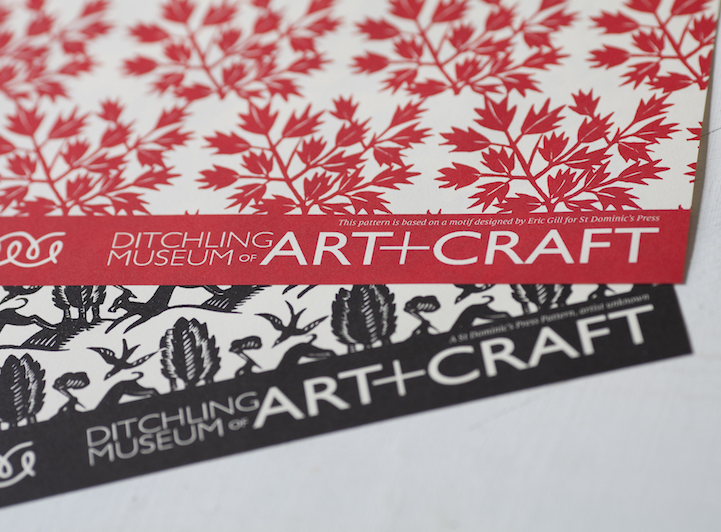 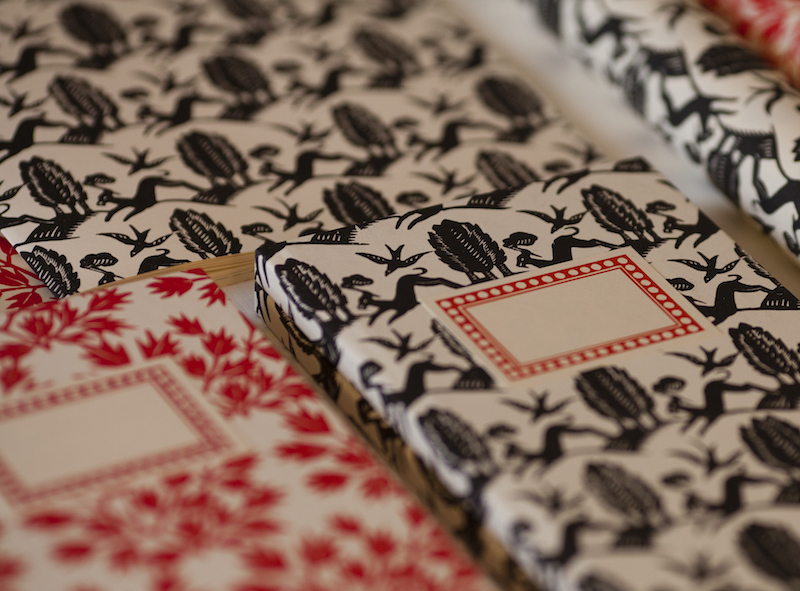